When I initially got hurt, I was optimistic that I would be out for about 6 weeks. Back when I thought it was just a sprain, the fact that I was able to walk better and with less pain every day that followed was incredibly encouraging, and really contributed to the sting of surgical news. But you do what you have to do, and I was going to do exactly what I had to do to heal on time and get back in my hiking shoes. As I counted out the weeks following my surgery – two in a splint, four in a cast, four in a boot and two in a post-op shoe – I realized that would make me a free woman just in time for the monthly group hike at church, with about a week to “warm up”.

My decision to jump right back into things was not something I took lightly, and would not have done without my doctor’s confidence. I hope he comes by to read these sometime, so he can see how awesome I think he is and how grateful I am for his help and understanding (and hopefully, as time goes by, what he’s helped me to be able to accomplish). The trail was also a huge factor in easing my fears of return. I had done the Aliso Canyon group hike once before, and remembered it being pretty short, tame and shady. I also knew the group wouldn’t rush me and I could always cut it short if it turned out I made a bad decision.

The day finally came and I. Couldn’t. Wait. At long last, after too many months tucked away in a box, I got my hiking shoes ready. Now, remembering that I had a pretty awful experience with my previous  boots, and learning over the past week that my left foot is pretty much perpetually swollen and bigger than my right, I was very nervous that my beloved shoes were not going to work for me and my finicky feet anymore. As expected, the left shoe was WAY tighter, lol, and they felt generally snug, but I think now that it’s only because I had forgotten that they fit pretty snugly before. There was some discomfort, but at that point, less than a full week into regular shoes, I had discomfort every single day. (I’ve since gotten slip on shoes and Superfeet insoles. World of difference.) All I could do was get going and pray for the best.

We met up at 5 p.m. and had a pretty good turn out. I was glad there so many people there because it made it a lot less noticeable whenever I fell to the back, haha. Since I wanted to be able to pay attention to how I was holding up, I didn’t worry about taking many pictures along the way. Unfortunately, that’s usually how I jog my memory when writing these posts. But, since Bonus Hike posts are a little different, and usually shorter, anyway, I guess it works out.

I can tell you that I was very aware of the discomfort, and occasional mild pain, in my foot through most of the hike. I did have to loosen the laces a couple of times (hence the slip on shoes I have now. Laces hurt sometimes.) There were certain bits of terrain that didn’t bother me so much, and I actually didn’t feel a thing at times, but more often than not, I was very, very aware of my injury. I had many opportunities to stop and turn back, and the group checked in with me often, but I wasn’t ready to quit. I know my limits, and I can usually tell when it’s time to stop, and since I still had 55 more hikes to do, I wasn’t about to take on any set backs over a little bonus hike. Soon we reached the last little stretch, a short but very steep hill up to our turnaround point. You’re damn right I was finishing this hike. 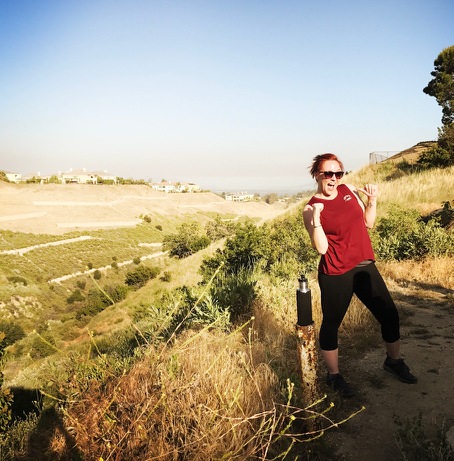 When I approaching this hike, I was expecting to keep it to a short 1 to 2 miles. The whole thing was closer to 3.5. By the end, I was definitely ready for it to be over, lol, but I can not tell you how ecstatic I was to have finished my first post-injury hike. I’m also very glad I chose this particular hike and this particular occasion. The group was supportive, understanding, and having different people to talk to was a great distraction along the way! And even though my injury was very prevalent through the hike, it was back to normal (“normal” for first week in shoes, anyways) that night with only mild stiffness in the morning, which tends to happen regardless of activity. I felt amazing, and renewed in my resolve to finish my goal. The next day, I did my first “official” post-injury hike. 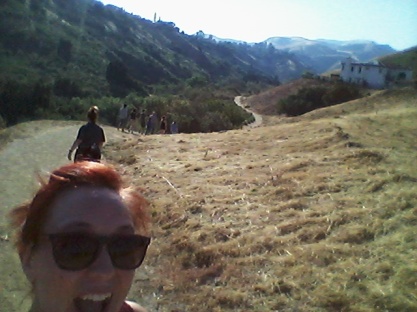 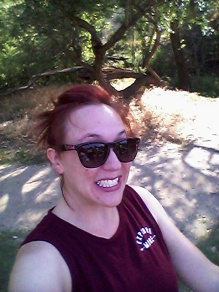