I never thought I’d say this, but I am a big fan of the 7 a.m. hike. Sure, it’s a challenge to drag myself from a coma while it’s still dark out and convince myself it’s not a better idea to pass out for another few hours rather than drive for half an hour to go for a four mile walk, but no one said 60 Hikes would be easy, damn it. Man, I’m getting sleepy just thinking about how sleepy I was that day, haha. It was totally worth it, though.

In an effort to not use up all of my 2-3 mile hikes, I tried to branch out a little, all the way to four, haha. This one was rated Easy and Sunny, and we were in the middle of a (perpetual) heat wave, hence the early start. While I was doing a little research to prepare for this hike, I learned that it’s just one tiny section of the quite lengthy Arroyo Seco Trail, described by one site as stretching some 20 miles from Pasadena through the Los Angeles National Forest, all the way up to Switzer Falls. I might have to try that one day…

Also in my research, with another big thanks to Google Maps, I found where to park! Turns out you can navigate to the San Pascual Stables (which is a lovely little facility, from what I could tell), but rather than parking in the lot reserved for their business, head right across the street where the Burke, Clarich, Nelson Fields have got you covered. You do have to cut through the stables lot to get to the trail head, but it’s easy to find, unless you’re easily distracted by horses.

This is one of the most inviting trails I’ve visited so far. The path wide and clean. Well, mostly clean, but it is also a horse trail, so some mess is to be expected, and it really could have been much, much worse. Trust me, I know. 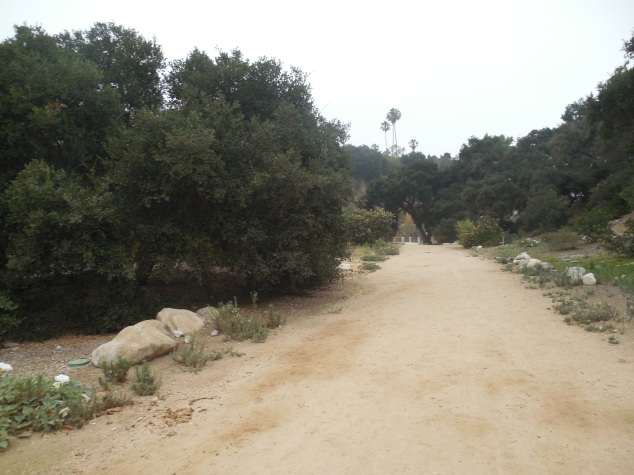 We soon approached a small bridge, but stayed on the right side of it and the flood-channel it crossed. Before long, we found our first of many bridges.

We continued to follow the trail along the channel. To our right were backyard fences, trees and wildflowers. Across the way, to our left, sloping hillsides dotted with houses along the top. I’d be in a constant state of anxiety if I lived somewhere like that, but I bet the views are awesome.

Soon we strolled across this beauty, and I became instantly confused, wondering how we managed to hit the Colorado Street Bridge so quickly. I mean, I’ve driven by it a few times, always noting the how much I like the street lamps that line it, and the archways that support it. It was it, yet not. Spoiler alert: this wasn’t it, haha. 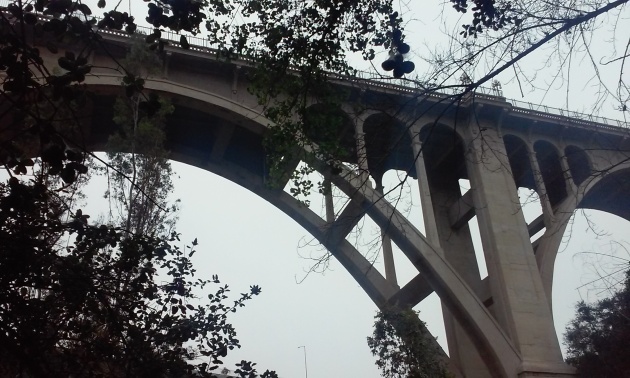 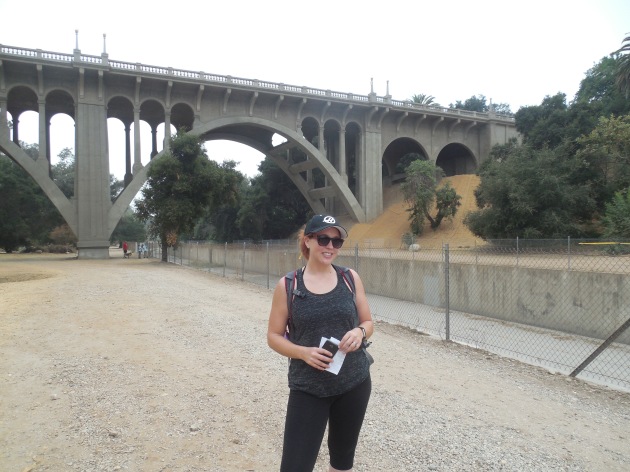 A ways past the fake-out bridge, there was another small crossing bridge, and a lot more people. We had reached Lower Arroyo Seco Park, home to the Pasadena Roving Archers. I made a note to my inner Katniss to look back into this come blog-writing time, and just learned about a minute ago that they have FREE Saturday morning classes! We totally could have stayed and arched!! Ugh…another time.

The Colorado Street Bridge has a dark history that I was never aware of before now. While the book tells the quick tale of a worker who fell into wet cement during construction of the bridge (where he allegedly lies today) and references the many suicide jumpers who have frequented this site, I didn’t realize that its history of being a “suicide bridge” carried into modern-day, suspected as recently as April 2017. I didn’t know too many details when I did the hike, though, and I’m glad of it. Otherwise I would have been too distracted by the sheer morbidity of the history to appreciate the grandeur of the architecture and the impact of seeing it in person, or walking beneath it where you can really get a sense of what a massive undertaking it is to build something like that.

This part of the hike was somewhat unexpected. While it is mentioned that there will be a “shady glen with a small stream”, you pretty much assume that, by this time of year, all that is going to be dried up. I was so pleasantly surprised to find that not only was the area NOT dried up, but it was lush, green, and had a pond enough for little ducks to swim around in! And it wasn’t just here, it flowed under the nearby freeway, too. It was really easy to forget how close we were to traffic and civilization. 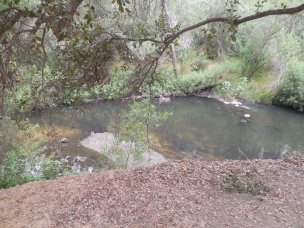 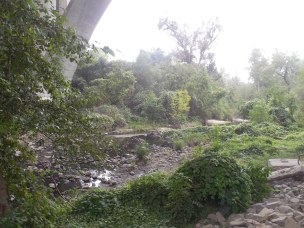 Shortly after that we reached our turnaround point and headed back, taking the trail on the opposite side of the wash to change things up a bit. I wish I had made a note of it, but I think I was home by, like 10:30 in the morning…that NEVER happens!! I remember thinking “Man, I still have the whole day ahead of me!”, but who am I kidding? I took a nap. 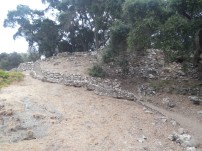 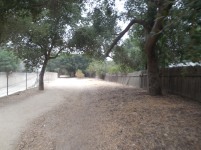 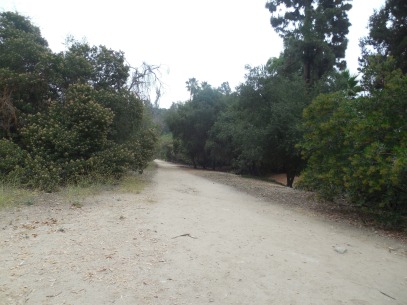 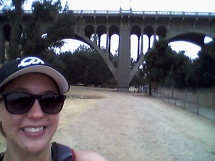 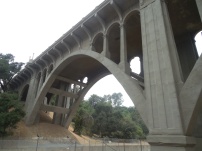 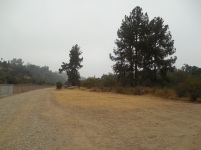 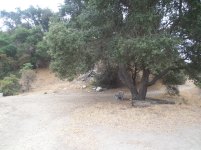 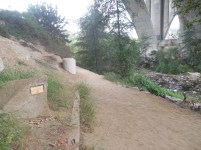 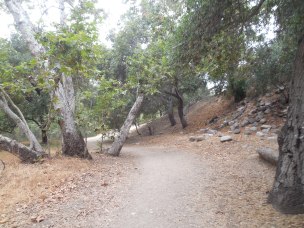 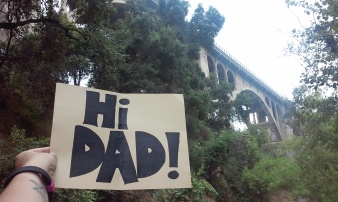 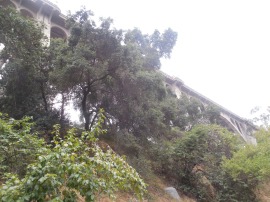 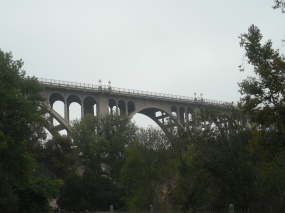 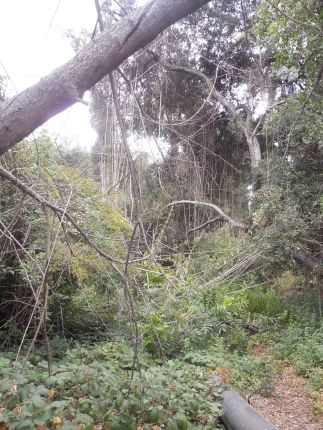 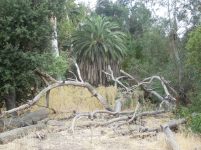 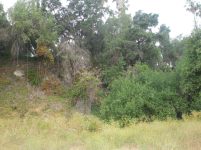 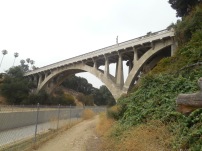 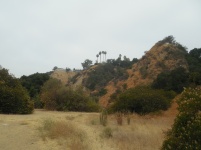