I came so close to bailing on this one. I’d been looking forward to it before it was even scheduled. Not because of the site, but because it was the first group hike planned since January. It hadn’t even dawned on me that it had been that long since I hiked with Danielle! This was the second of two hikes done within less than 18 hours of each other. The first, Deukmejian, was the evening prior, and Melissa, Brian and I had gone out for some food afterwards. I don’t think there was anything wrong with the food, I think that having just finished a hike, I didn’t realize how hungry I was, and I ate too much of it. I was pretty sick by the time I went to bed, had a good puke, and prayed for the best by morning. I was still kind of iffy when I woke up but kept moving in the hopes that I would feel better and, yay!, I did!

It worked out that we picked an easy hike (I don’t think I would have gone the night before if we hadn’t). We did the 2.2 mile Inspiration Point Loop Trail, one that we’ve heard a lot about. We (finally!) had some new people coming along and, as always, I was nervous about picking a fairly simple, yet rewarding hike that wouldn’t turn anyone off from wanting to come again. I know Danielle and I were excited for some new blood, so I made some suggestions and let her feel out what she thought would be best, especially since I hadn’t met any of the ladies outside of Facebook yet.

I think we met at 8 a.m., I really don’t remember, lol. I was prepared to pay the $12 parking fee and saw that they break it down where you can pay $3 an hour, up to $12 (I thought that might be useful information for some of you, haha), but since we were planning on getting lunch afterwards, I paid full price and planned to carpool to lunch. Danielle brought her niece, Hailie, who is visiting for the summer, and I finally got to meet Maria, who brought her friend, Denise.

Like pretty much every other location for this project, I’d never been to Will Rogers before, but since these hikes are on “my list”, I always have this sense of pressure to know where we’re going and make all the right turns. Even more so this time since we had new people, and I have this thing about not wanting to look stupid in front of new people (though the real me always shines through, lol). Most of this hike is self-explanatory, and we got through the ascent early, which made the rest of the hike easily enjoyable. There was a good layer of fog blocking the views, I was really hoping it would burn off by the time we got to Inspiration Point. 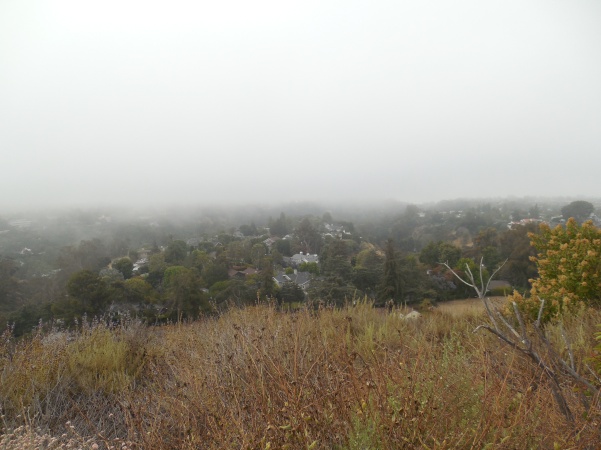 There was some healthy traffic on the trail, definitely one of the busiest I’ve been on, especially compared to how empty so many of my recent hikes have been. We passed a couple of wooden benches with some interesting, dare I say, “inspiring” quotes on them, and was a little bummed that there were only two. The sun started to burn through but, luckily, it wasn’t hot yet. It really was a lovely morning for a hike. Oh, and there was a deer!!

So, there we are, strolling along, and we start heading up a little out-and-back off the trail. It opened up to a good-sized area, with more benches and some picnic tables, all of which had more quotes on them. I couldn’t really see where it went back down or connected though. and started going over and over the simple-as-hell map trying to figure out what point in the hike we were at. I felt so dumb, we were literally at Inspiration Point, and I didn’t even realize it, lol. Knowing we reached the Point, we took a break for pictures, and for the views that were earlier hidden by the fog. There were actually some ocean views! It made for a pretty cool panoramic picture.

The rest of the trail was really quite nice. It was a good mix of the rustic brown of the dirt and dried out brush and the greenery of trees and bushes that lined the way, with a few wildflowers and cacti sprinkled in. As we neared the end we passed an impressive line of towering eucalyptus trees that opened to some horse stables and riding areas, and a few preserved artifacts. We passed Will Rogers’ house and started heading back uphill, where things got strangely familiar. Turns out we walked right by our exit, haha, so we backtracked a bit and finished things out.

I did this hike two and half weeks ago, and now every memory of it feels like it’s under the same fog that hung over the early parts of our hike. I’ve done four more hikes since then and have yet to write about any of them. I’m feeling the crunch to cross them off of my list, and my entries are suffering. But, it could also be that not every hike is a great adventure with twists and turns and mistakes to be corrected. This one certainly wasn’t, but I absolutely enjoyed every bit of it. A simple, relaxing hike that reminded me why I enjoy doing it at all. 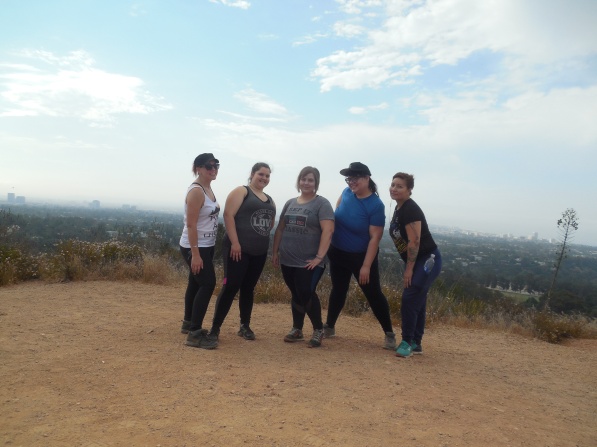 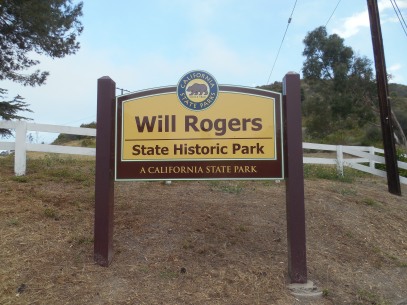 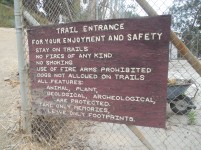 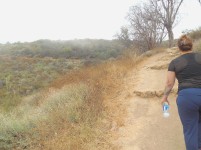 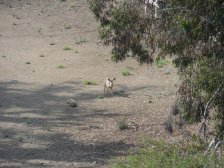 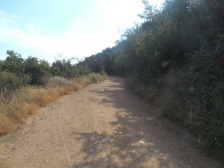 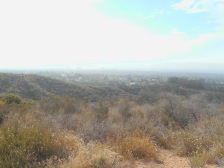 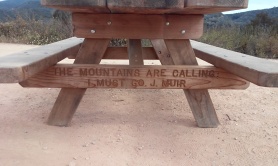 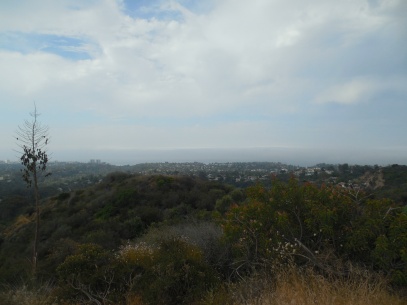 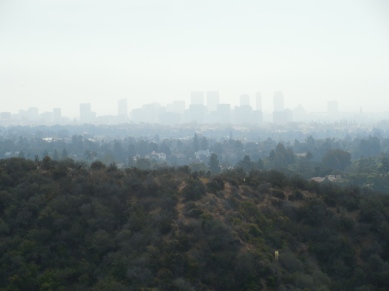 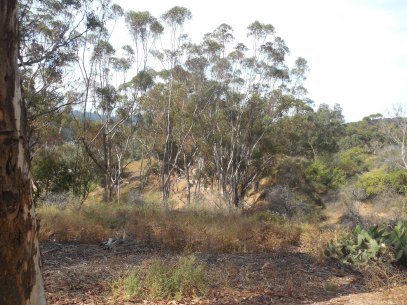 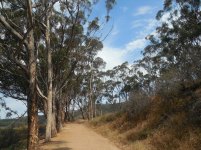 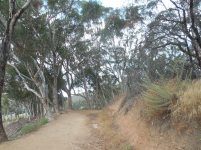 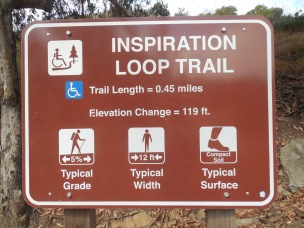