An adorably wise little bunny once recited “If you say can’t somethin’ nice…don’t say nothin’ at all”.

I’m somewhat hesitant to write this entry, lol. While Legg Lake certainly had some great points of interest, I didn’t find the overall “hiking” experience to be very pleasant. I had planned to hike this with Danielle, but she had something come up and needed to cancel (the nerve!). All in all, it worked out pretty well as far as back-up plans go. Chris and the kids had to come with me, but being a flat, Easy 2.2 mile loop around a lake, it seemed like a great opportunity to make a family day out of it. Even better, his grandma lives just a few miles away, so we made plans to hike in the morning, then go visit her for lunch. In the grand scheme of things, it all worked out into a very nice day.

But this entry is not about the grand scheme of things…it’s about how my eighth hike went. Logging the details as best I can remember so I can use that website Kim told me about to turn it into a book about how awesome I was this year. This was not my favorite hike.

For starters, I wouldn’t even call it a “hike”, not as I’m used to the word. About half the trail was paved, the other a packed dirt path. I kind of figured it would be “a walk in the park”, but I also expected it to be at least a little bit rustic. On the upside, we somehow avoided the $6 parking fee. I honestly didn’t see where we were supposed to stop and pay, we just turned into a parking lot and that was it. Also good was the weather. It was a bit cool and overcast, but not cold. Just right for a few hours outside.

Being a Saturday in June, it was pretty active. There were birthday parties, church gatherings, and even a Quinceañera photo shoot. Per the map, we started off right next to the paddle boat rental stand. Poor little son wanted to do this so badly, but we had to promise to come back another time to try it, it did look fun. It wasn’t long before we hit our first flock/gaggle (flaggle?) of ducks and geese. It was also then that their smell hit us.

Of course, what do my kids do? Walk right through them, and all of their poop. I could tell these were some bold birds, used to running this joint, so all I could think to tell my kids was not to close their hands so the birds didn’t think they had food in them, because I really didn’t know if they would come after them for it.

We survived our first flaggle and got back on the trail. It was busy, but not packed, with walkers and joggers out doing their thing, and I very quickly felt that I had worn the wrong shoes. See, stupid me, I wore my hiking shoes to go on a hike, and while they are amazing on a real trail, they tend to hurt if I wear them on regular flat land, seeing as how they are hiking shoes and not walking shoes. So I did the next best thing and walked in the grass right along the path. This would have worked great, but I learned then what would be the primary takeaway from this location: it is covered in poop. The path is really the only safe place to walk without having to either watch every step for land mines or cake layers of excrement from multiple species into the tread of your shoes, and even on the path you aren’t safe because apparently people think dog poop is basically the same as bird poop, so why clean it up? I did a lot of scraping around in the grass that day.

Still, the lake was a lovely background for some pictures, and really offered a sense of serenity considering it was right alongside the freeway. We passed flaggle after flaggle of ducks and geese (and poop) and then started coming across some more interesting sites. We passed some fishing spots and a few people with poles, though I’m not sure how they were making out that day. My favorite part was the model boat races. And not just the boat races themselves, but the dozens of model boats the many participants brought with them, all of which seemed to be on display for folks like us. It’s the kind of thing my dad would have gotten a kick out of seeing, even if he wasn’t really into that stuff. 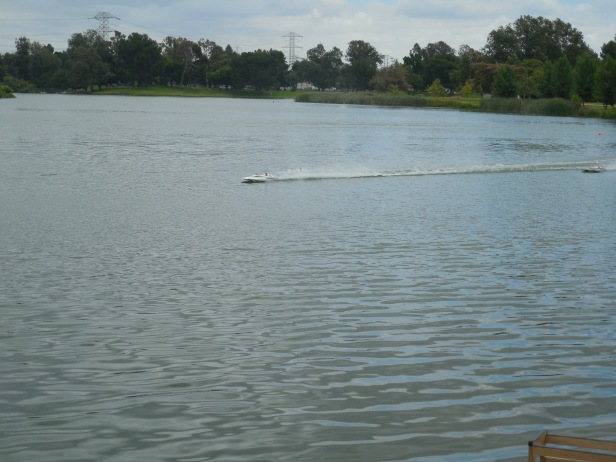 After a few minutes of boat racing we got back on the path. The kids were getting worn out and I was, too. I found this last portion to be the most peaceful. Not a lot of birds, not a lot of people. Another thing the park has going for it is the fitness equipment. They have apparatuses placed all around the lake, some in larger groups, some in smaller. We stopped so the kids could try a few out, then headed down to a little empty bridge for a couple more pictures.

The path started winding back around to our lot. Just in time, too, because little son couldn’t take much more, haha. We passed a picnic patio area that a local Korean church was using for a small event, and one of the men flagged us down and chased after us to share a big cup of popcorn. This was one of my favorite moments of the day 🙂

I couldn’t wait to get back to the car and take my shoes off. I would have changed them earlier, but I only brought flip-flops and didn’t think those would be so good for my foot at length, either. I really wanted to like this hike more. As a hike it was disappointing because it was much less a hike than a stroll through the park. As a park it was disappointing because it was by far the poopiest park I’ve ever been to. It’s sad that that’s what still stands out to me the most about it, but I guess there’s always paddle boats! 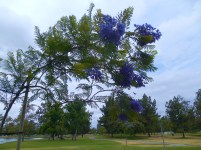 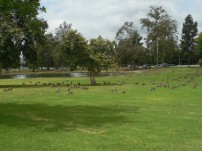 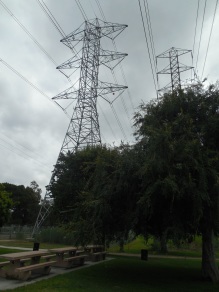 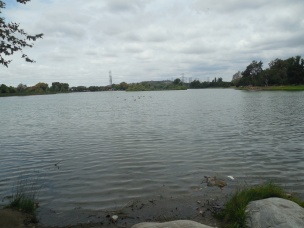 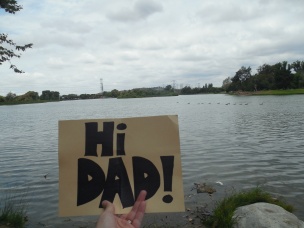 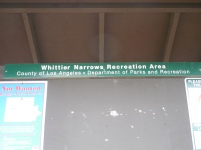 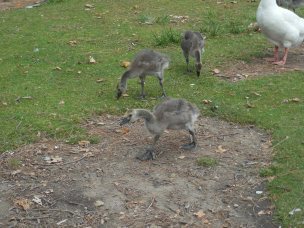 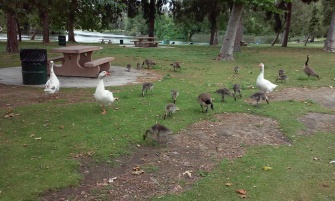 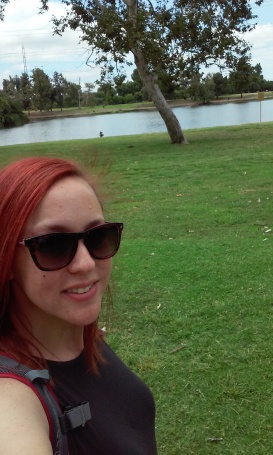 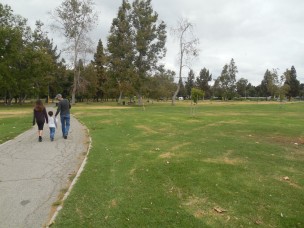 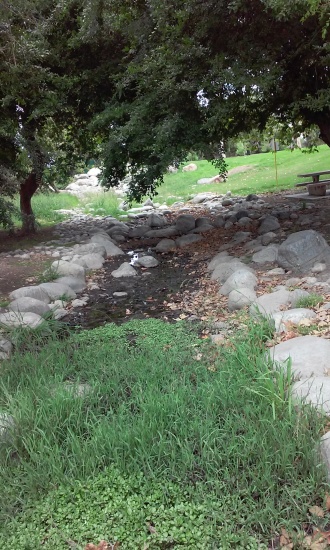 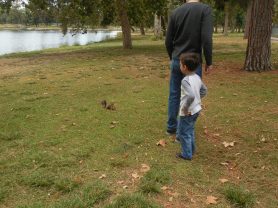 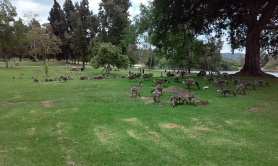 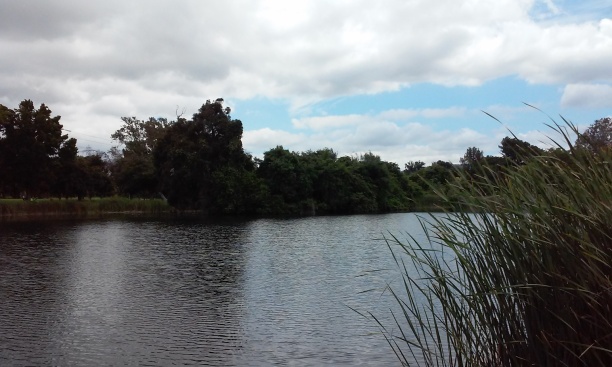